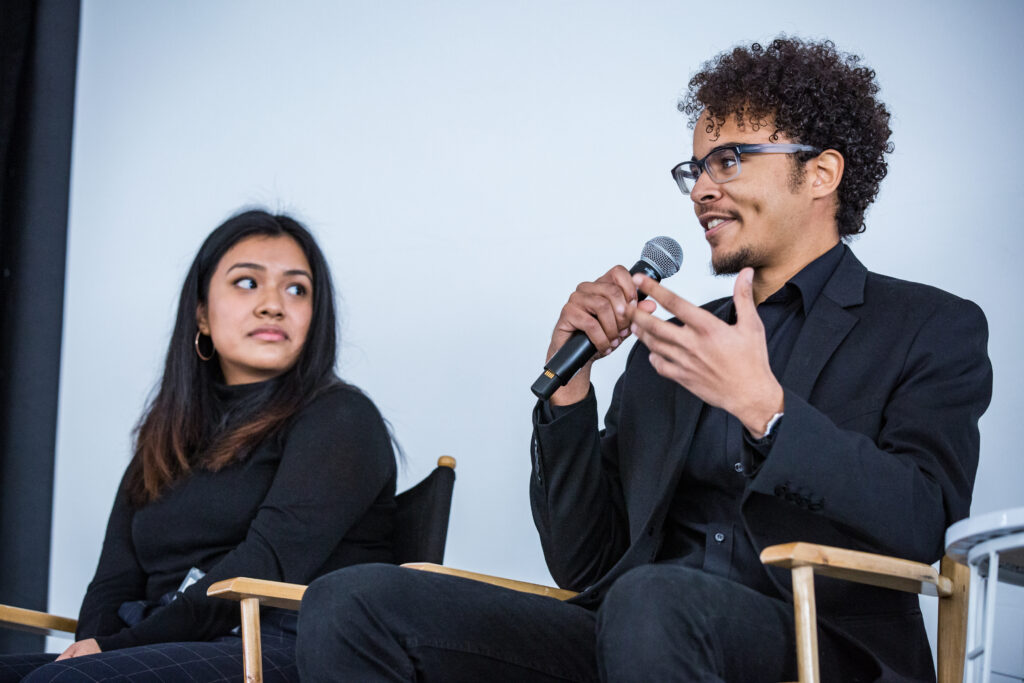 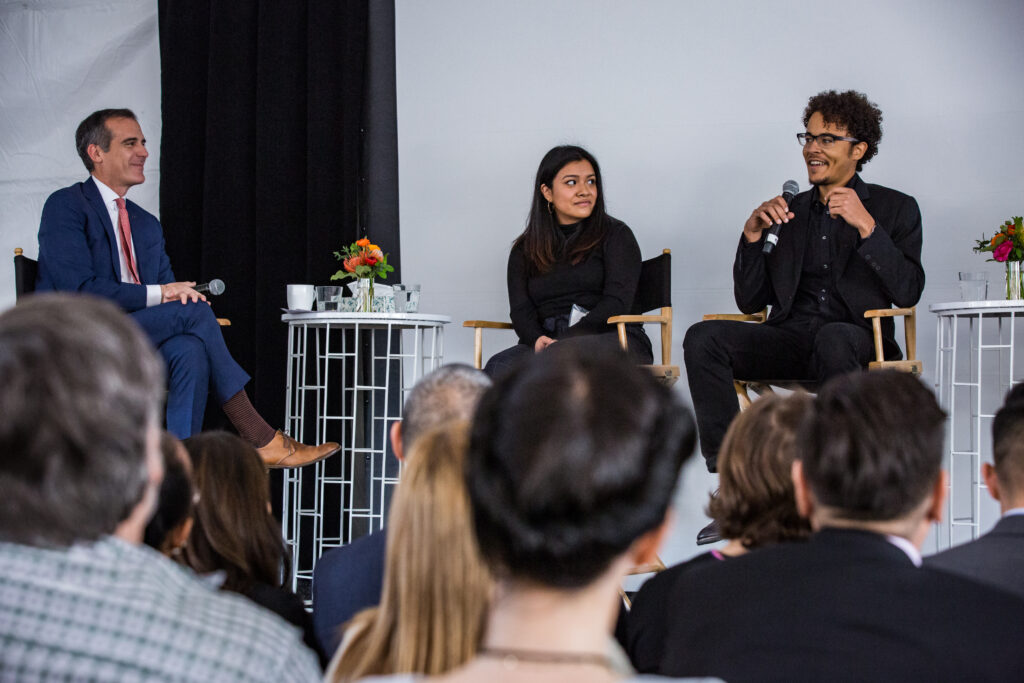 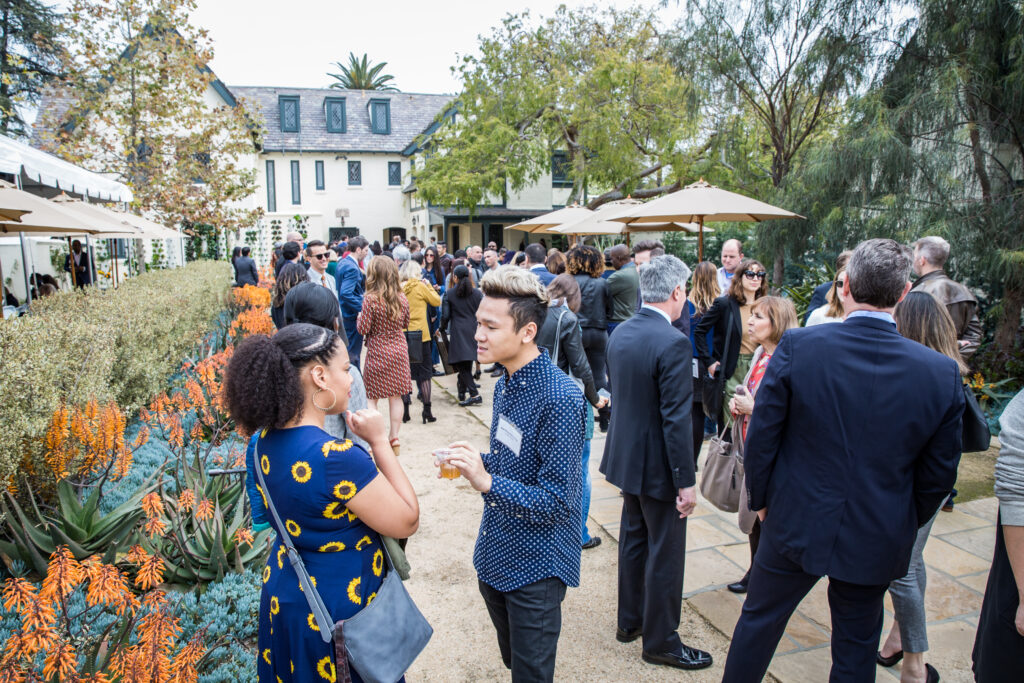 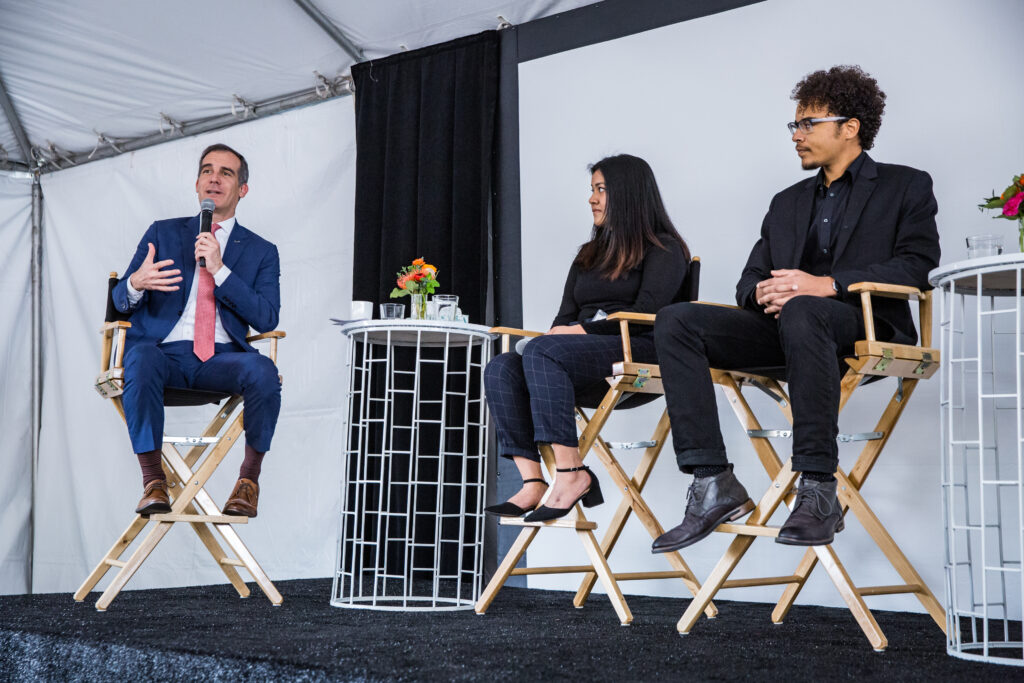 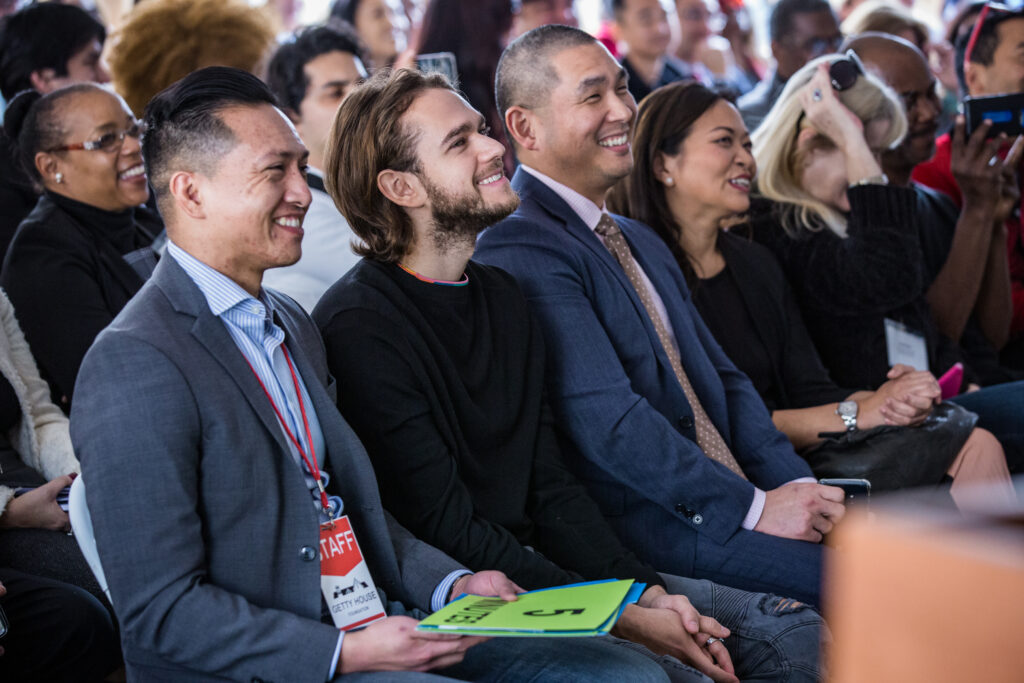 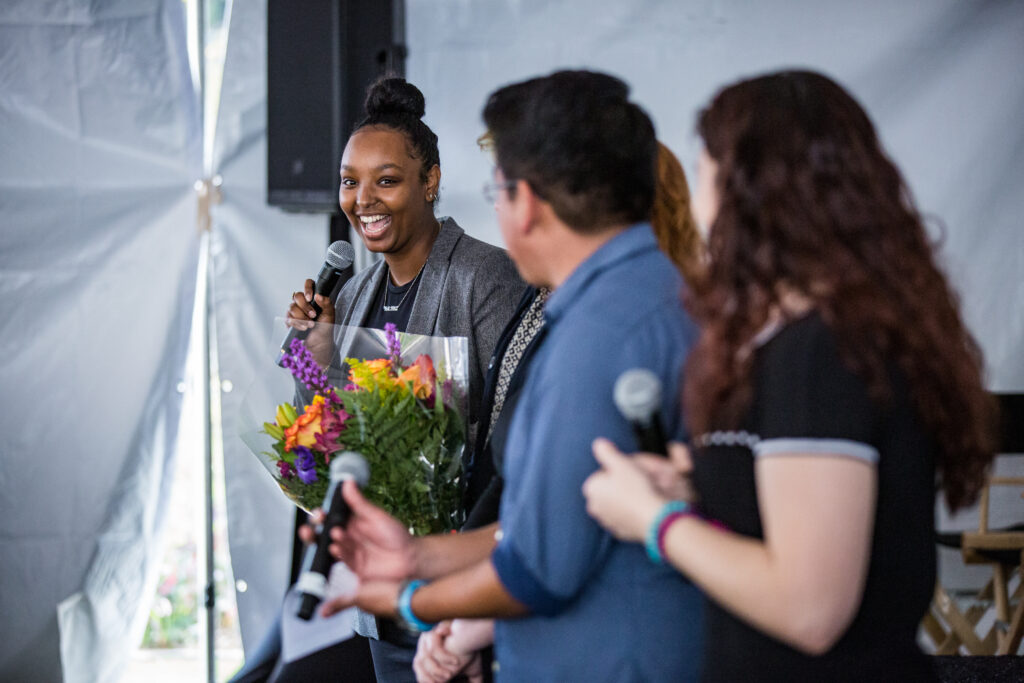 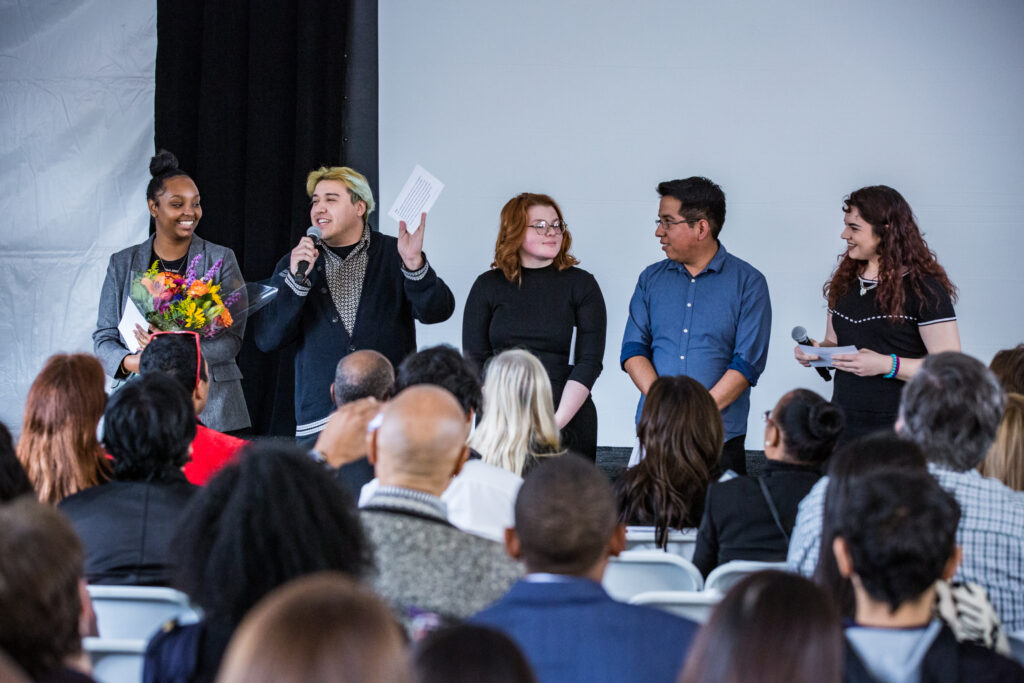 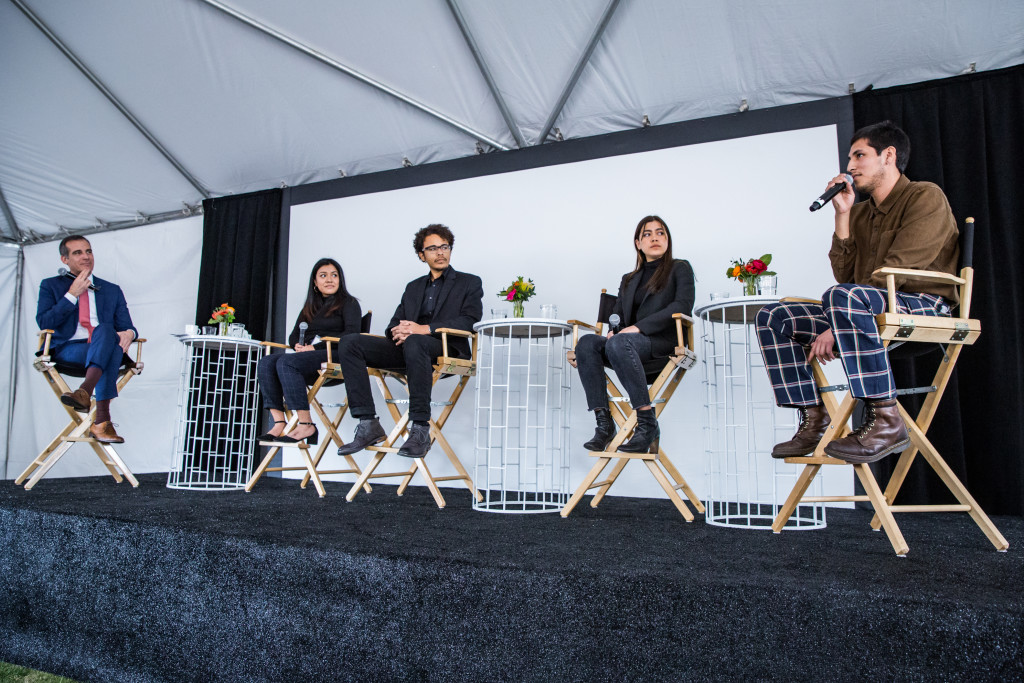 When people around the world think of Los Angeles, they think Hollywood — the vast movie sets of Universal Studios, the neon lights of the Sunset Strip, and the gleaming spire of the Capitol Records Building rising above it all. Some may even dream of one day earning their star on the Walk of Fame. But historically, too many Angelenos have been shut out of our signature industry — meaning it’s been deprived of all the voices, stories, and talent that youth in our underserved communities have to offer. That’s why last year, Mayor Eric Garcetti launched the Evolve Entertainment Fund, a collaboration between the City of Los Angeles and entertainment industry leaders to set more young women, people of color, and low-income Angelenos on the path towards their Hollywood dreams. Today, the Getty House Foundation hosted some of those industry partners and Evolve student participants to celebrate the program’s inaugural year, and set the stage for all the success to come next.

To kick things off, Mayor Garcetti hosted a panel with four student participants — who recently completed internships with IMAX Entertainment, Universal Music Group, Anonymous Content, and Amazon Studios, among others — to hear about how Evolve has given them the opportunity to break in to the entertainment industry. It was the perfect way to introduce the next part of the program, as another group of Evolve students who traveled to Sundance last month took the stage to premier a film documenting their experience. Adele Lim, screenwriter of Crazy Rich Asians, closed the program by sharing stories of her own struggle to make it in the industry as a woman of color, and reminding the young Angelenos in the audience to never give up on their dreams.